“To the degree that we do not fully claim our own power to transform, we are more likely to be possessed by this energy in it’s shadow form” – Carol S. Pearson

I have not resonated with a quote on such an intense level for quite a while.
I’m also a firm believer that each one of us has the power to direct and redirect our energy in order for it to manifest itself wherever we desire in our lives – whether we realise it or not.
If we think about our energy in terms of both a negative and a positive force, the positive stream functioning as a catalyst for growth and progression, and the negative as a hindering and damaging force, we can begin to see how the expansion and contraction of the channels down which this power flows results in certain manifestations of said energies. While this is constantly occurring on both a conscious and subconscious level, there are certain things which can help us harness the power necessary to direct the energy where we want it to go, instead of letting it flail around excitedly from brainwave to brainfart.
Yoga encourages the expansion of these channels (or nadis, in the yogic tradition) in the right direction, opening up and creating space for the positive to flourish, while attempting to block the negative.
And so in simple terms, yoga gives us the awareness to pursue, direct and encourage the good power to succeed over the bad. With me so far?

When I first started doing yoga consistently, I was, for want of a better phrase, ‘in a bad place in my life’. To keep the anecdotal personal sob-story short, I was living at home, had no job, no clear direction where I wanted my life to go, weighed a hollowing and bone-shatteringly cold 6 stone and lacked the energy and concentration necessary to complete even the most basic of tasks, let alone care about them. I would wake with spasms of fright and anxiety at 3am. I would get brief bouts of inspiration mixed with terrifying insight that my worsening situation needed to change…and then the difficulty of doing so would ultimately prove too extensive and straight away I’d be lost again to the numbing blanket of fuzzy and fatigued negative thoughts, so ingrained as they were in my mind that any feeble form of resistance against them was immediately silenced with disturbing ease and logic;
“You’re full of shit. It’s not worth it. Don’t bother.”
In short, things were dark.

The energy required to process all of these thoughts and worries at such a startling speed and damaging ferocity was ultimately leaving me both mentally and physically drained, not to mention the preoccupation with ensuring I adhered to strict ‘rules’ which I wasn’t permitted to break – just in case a sandwich or fleeting social interaction would spark off another ricocheting thought-firework and disable me from leaving the house for the rest of the day. I was, as the above quote describes, possessed by my own energy ‘in it’s shadow form’. It was being directed towards the wrong things, and to be honest it’s exhausting just writing about it.

When we’re deep in the grips of a negative cycle, be it a habit, a thought pattern, or simply a way of being or conducting ourselves that we’ve gradually grown accustomed to, it can seem like the most alien thing in the world to even consider existing any other way.
The power which is being permitted to flow full-force towards supporting the negative spirals is just too overwhelming to be redirected elsewhere. It takes extraordinary force of will and repetitive, conscious, and ongoing effort to haul our minds (and bodies) out of the downward-flow of this toxic power, a fact made lighter only by the knowledge that this force is contained within us at all times, its incessant nature meaning it simply can’t sit still and watch the world go by
– it has to go somewhere.

Getting to Know It

As an alternative to other forms of physical or mental exercise which may encourage thoughts and awareness away from this authentic energy which resides within each of us – literally doing what we Irish people have done for years and just not talking about it – yoga requires us to sit with this energy and examine it in all its beauty and terrifying power. We learn how to move with it, allowing it to channel through the positive streams and manifest itself in actions, talents, skills, character, originality, and most importantly; authenticity. Our yoga practice requires us to listen to our bodies and the energies which reside within. After a while we realise that most, if not all of our negative tendencies and habits result from a subconscious lapse or disregard for the direction of the positive energy, allowing the negative to swoop in and take over.
They say that everyone’s struggle is different. This means that every individual’s ‘flourishing’ will appear slightly different too. This is why it is so important to know ourselves.

Each and every one of us possess the power within us to manifest our ideas – to create, to bring to the world something new; a new view or perspective; a new manifestation of human energy which has been harnessed to reflect the intellect alongside which it resides. Learning how to harness it is much easier said than done however, and while some people naturally excel with the self-awareness and realization necessary to project it into the world, the vast majority of us just don’t.
It’s through practices such as yoga and meditation that I have been able to finally access some of that authentic potential, allowing for the transformation of my energy down a more fruitful and fulfilling path than the one which worries how many crackers I’ve eaten or about a passing remark made by a colleague two weeks ago. Brief and miniscule slices of this potential have managed to slip through over the years, manifesting as specific achievements or the success of artistic endeavours, but it was only when I began to consistently engage with yoga and meditation that I finally felt the sensation of actually having some sort of understanding of and power over my capacity to engage with it.

Misunderstanding or neglecting the force of our authentic power can so easily result in dangerous imbalances of energies, along with distorted visions and versions of ourselves; our intellect, our talent, our potential. It can so easily get lost. I feel one of the great tragedies of our time is simply wasted potential.

This has led me to conclude that by helping us to carefully observe our energy’s expenditure, origins, and direction, yoga can help us gain a dimension of insight into our own potential, allowing us to live and cultivate a more empowered life rather than shying away from it.
We all have this power, and are entitled to exercise and manifest it into the world.
We just need to learn how to use it. 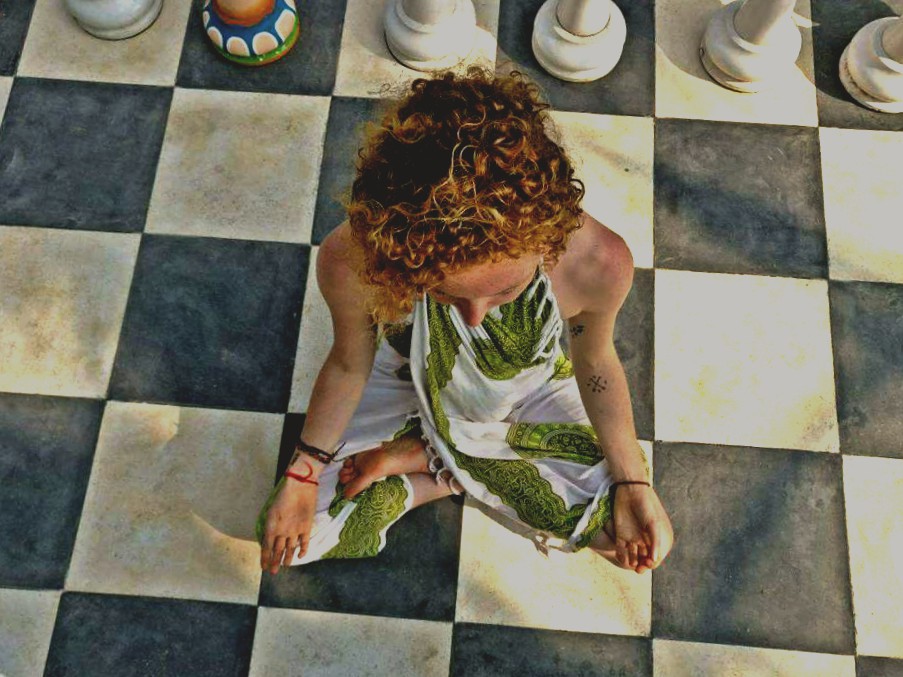 As discussed in the previous post on Samana and Vyana, the 5 Pranas or energies are an important aspect of both yogic science and ayurvedic medicine, which as a discipline also aims to achieve and maintain balance between said energies within the mind and body.
Having already come to understand Samana as an energetic movement stemming from the periphery of the body moving inwards and focused in the area of the naval, and Vyana as a circulatory movement to aid with the transportation of energy around the entire physical body, it follows that Apana, Udana, and Prana each travel along their own individual paths too.

Apana can be understood literally as ‘the air that moves away’, therefore signifying the downward and outward energetic pathway which it follows. Apana is associated with the elimination of toxins from the body, and is sometimes considered the definition of our pranic or energetic immune system. Again, this can be understood in terms of physical waste and stools, sweat, carbon dioxide and urine, but also in terms of negative sensory, emotional and mental experiences which prove unpleasant or unsuited to our composition. Centralised in the lower abdomen, Apana not only governs elimination, but also reproduction, providing an instinctual self-sufficiency and replenishing sense of continuity when functioning at the height of it’s potential.

Udana on the other hand is an uplifting force of energy, literally translated as ‘upward moving air’, and is primarily associated with the progression, growth and transformation of the body and mind as they evolve continuously throughout our lives. Physically, Udana aids with balance, growth, and our ability to stand and carry out actions. It also governs speech and is said to stem from an area in the throat, supporting the head and organs associated with our mentality balanced upon the spine. This force of energy being continuously drawn upwards is easily blocked, resulting in stunted growth and stagnancy within our actions and thoughts. Yoga and Ayurveda are used as ways to reopen these pathways and aid the correct flow of Udana throughout the body, unblocking both mental and physical pathways and habits which have hindered our growth and expansion into the world.

Prana in it’s own right serves as the energy of ‘forward moving air’, and although Samana constitutes inward moving energy from the external and its assimilation to the internal,  Prana as a whole deals with the reception of all sensory engagement and its propulsion around the body. Not only does it provide the energy which is necessary for all other pranas to function, but it guides them from its seat in the region of the third eye.

While all 5 Pranas on a physical level have many inherent effects on our body’s reactions and chemical processes, the “receptivity to mental sources of nourishment” (D. Frawley) that can be achieved by incorporating pranayama techniques successfully into one’s yoga practice is an invisible yet exceptional way to achieve and maintain a better mind/body balance and ensure the healthy functioning of the channels through which the pranas travel (nadis). These channels will be discussed  further in another post.